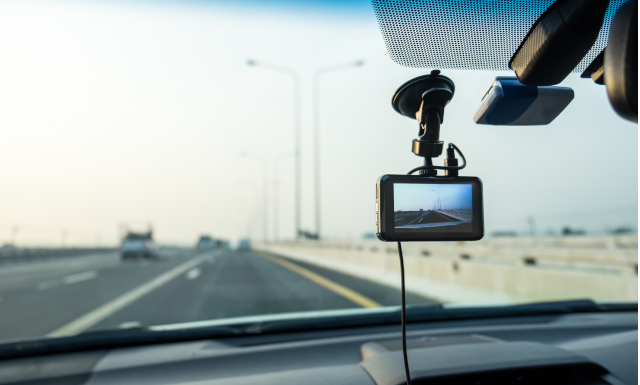 Things you need to know about Dash Cams

Things you need to know about Dash Cams

Dashcams can be a bit of a double-edged sword. Accompanied with many benefits, such as having evidence in case of an incident or reduced Frivolous lawsuits and lowering insurance premiums, many countries have been hesitant to implement these in-vehicle recording devices to respect privacy laws.

Canada and the USA see a combination of consumer and commercial uses for in-vehicle drive recorders. In terms of the commercial sector, America has a large trucking and haulage industry, as well as increasingly popular ridesharing companies such as Uber and Lyft, leaving room for growth here. However, as Canada and the US are broken down into individual states with unique laws, the legality of Dashcams varies in these different states or provinces.

Dashboard cameras are powerful tools that benefit drivers, fleet managers, and law enforcement officers around the world. As drive recorders continue to grow in popularity, the world will become a safer and more accountable place. Just make sure you aren’t breaking any laws in the meantime.

A few of the benefits of installing Dashcams are listed below:

Often, the memories and descriptions of accidents that drivers have are completely different from what really happened. However, a video recording is irrefutable evidence of what happened, clearly showing who was at fault during the incident. Records can help you file police reports and insurance claims, as well as help, expedite your insurance payouts. Similarly, Safety Track has remote playback capability that if you’ve been stopped for a traffic violation that you didn’t commit, you can simply offer the police the footage before the ticket is issued or contest it with ease and confidence in a court.

Dashcams have features that help to capture car theft as well as parking accidents. Safety Track’s Dashcams come equipped with a secondary camera (dual cam models) facing the inside of the vehicle. With the parking mode, the Dashcam can record after the vehicle has been shut off.  If your car is scratched just because someone parks near your car poorly, if another car bumps into you while making a turn, or if someone vandalizes or tries to break into your car at any time, a Dashcam will record all of it in this mode.

Unlike other traditional video cameras, GoPros, or smartphones, which can cost up to thousands of dollars and be large, dash cams are very cost-effective and tiny devices. Dashcam only cost under $400 depending on the model. They are also very small and compact. Essentially, there are four components that come in the package including the camera itself, the memory card, a suction cup, and a power connection cable. Simply insert the memory card into the Dashcam memory slot, attach the suction cup to your dashboard or windshield and lock the camera into the mount. Lastly, plug the Dashcam into a power supply and you’re good to go.  With Safety Track’s Dashcam, you can use the remote playback feature and never have to remove the SD Card.

Dash Cams help you improve your Fleet’s Driving behavior while they are on the roads and off the roads. With the Safety Track System, you can now improve fleet safety and manage driver’s behavior with Live streaming video.  Live video is the most efficient and effective way to identify poor driving behavior. With a Dashcam, Fleet Managers can easily communicate inappropriate driving behaviors with drivers and correct behavior before it leads to a costly collision. Video is also the only way to capture indisputable evidence of what happened in a collision–protecting drivers and fleets from fraudulent claims. Maintain your company’s image and correct drivers’ bad habits with the help of these Dashcams.

One key feature of Dashcam is that it turns on automatically when the vehicle is turned on and begins recording. Many take these features for granted but they are arguably the most convenient and practical aspects of a Dashcam. If you were to use any other type of recording device, you would be required to not only install it each time you entered your car, but you would need to turn it on and hit record. This is a huge inconvenience as you may be in a rush and not have the time to set it up or simply forget. It only takes one mistake that can cost you big time.

As mentioned earlier, Dashcams have some impressive features. Two of these include loop recording and ‘smart’ recording. With loop recording, the camera continues to record in an indefinite loop without any human intervention and without stopping. Thus, it constantly overwrites the oldest video files with new ones. The loop recording function is also automated. Traditional recording devices would simply stop recording and inform you that your memory is full. Smart recording (G-sensor technology) is an automatic feature that securely stores footage from shortly before, during, and shortly after an accident. G-sensors are specifically designed to detect an accident by measuring impact, shock, and force levels. The smart recording that ensues is automatically saved in a secure folder within the memory so that the loop recording doesn’t record over it, and you can be confident that the footage will be available for your police report and insurance claim.

Your fleet is one of your most valuable assets.  As a Fleet Manager, it is understandable that you would be concerned about your Fleet and its safety. Installing a Dashcam will surely provide you with several benefits. And you will see how much of your Fleet’s performance is improved once you install the Dash Cams.

Safety Track is a one-stop source for GPS Tracking and Fleet Cameras. Since 2002 we’ve been providing companies with a complete line of fleet & trailer tracking along with (elogs) for DOT compliance. Safety Track provides the best solutions and applications to fit your company’s needs. Reach out to us at 1-888-286-9829 for more information.